Living in San Francisco for the past ten months has had a tremendous positive effect on my mental health. This city makes me feel like I was born a San Francisco person and my experiences inspire me to write about it.

Everyone has a story. As I explore the city on weekends I cross paths with everyone from tourists needing directions to residents who say they’ve lived in the city for thirty years. When a city is this amazing it attracts almost everyone, including many of my friends from both grade school and college. The dense metropolitan population combined with intelligent urban planning create countless places to people watch.

San Francisco may occasionally get knocked for its lack of cultural diversity, but the city’s reputation for cultural acceptance is matched by few others. Since 1970 the city has hosted the San Francisco LGBT Pride Parade and Celebration as well as events like the Jewish Film Festival and San Francisco Chinese New Year Festival and Parade.

Yes, driving a car here is a mess, but not needing a car is one of the many things I appreciate about San Francisco. In previous cities I lived personal automobile transportation is a necessity; one that comes with headaches such as expensive maintenance, regular trips to the gas station, dealing with other people on the road, and risking a very expensive ticket that can be earned for any one of numerous reasons. If you really need to drive a vehicle renting a compact car for $20-$40 per day will save you from paying hundreds per month on car payments plus storage. Aside from the occasional BART delay public transit is reasonably reliable. You might be thinking, “but Raymond...you mentioned in '5 Least Favorite Things About San Francisco' that BART is often ‘emergency delayed.'” From personal experience the majority of emergency delays revolve around the West Oakland station and the Pittsburg/Bay Point line, meaning that BART delays mainly affect those traveling between cities as opposed to those traveling within “The City.” 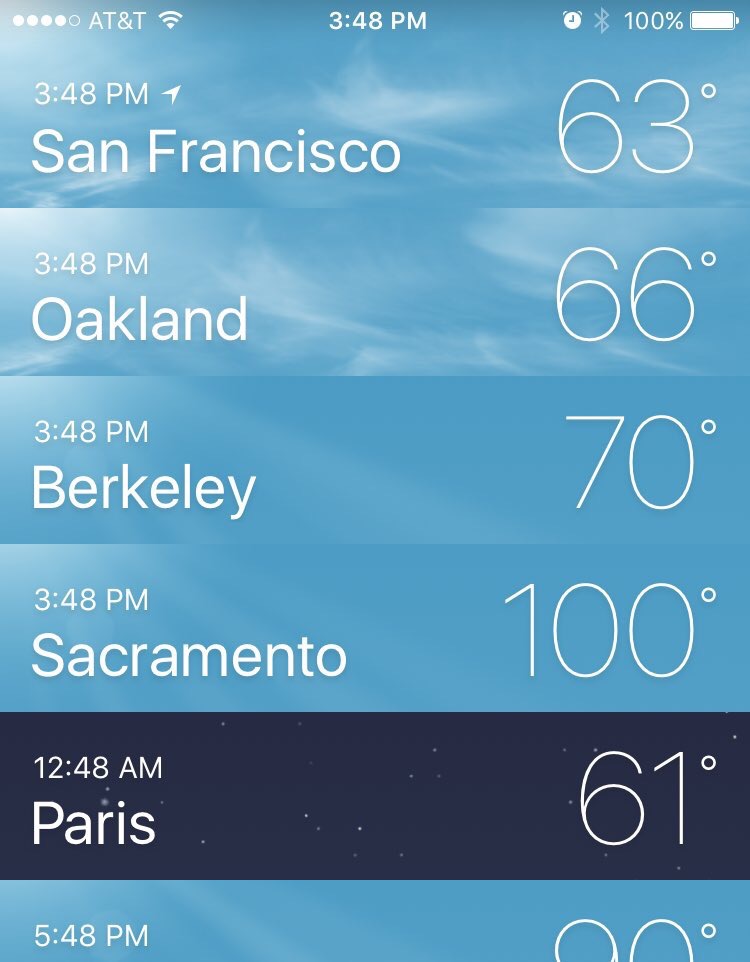 The image above is from July 14, 2016. San Francisco has a reputation for being unusually cold and windy for a non-mountain California city. But in the nearly ten months I lived here my experience has been mainly typical sunny California weather without the nightmarish heat inlanders suffer through each summer. That is perfect in my book. Most days have had highs between 60°F (15.6°C) and 80°F (26.7°C). The only exceptions I recall were a brief period following Thanksgiving when temperatures were regularly in the 40s and 50s (fahrenheit) and the unseasonably warm February when highs were consistently in the 70s and 80s. I often joke about San Francisco being 85° in February and 55° in August. It’s important to note that I haven’t yet been through a San Francisco August as a resident, so I’ll let you know if Mark Twain is correct. Speaking of which, always carry a jacket no matter how warm and sunny it is during the day just in case evening hours sneak up on you and the marine layer whips through your body like a ghost. The city’s reputation for cold, wind, and fog are earned during these hours. Many native Californians from elsewhere don’t like it but I find nature’s curfew to be romantically mysterious...and it makes for good walking weather. 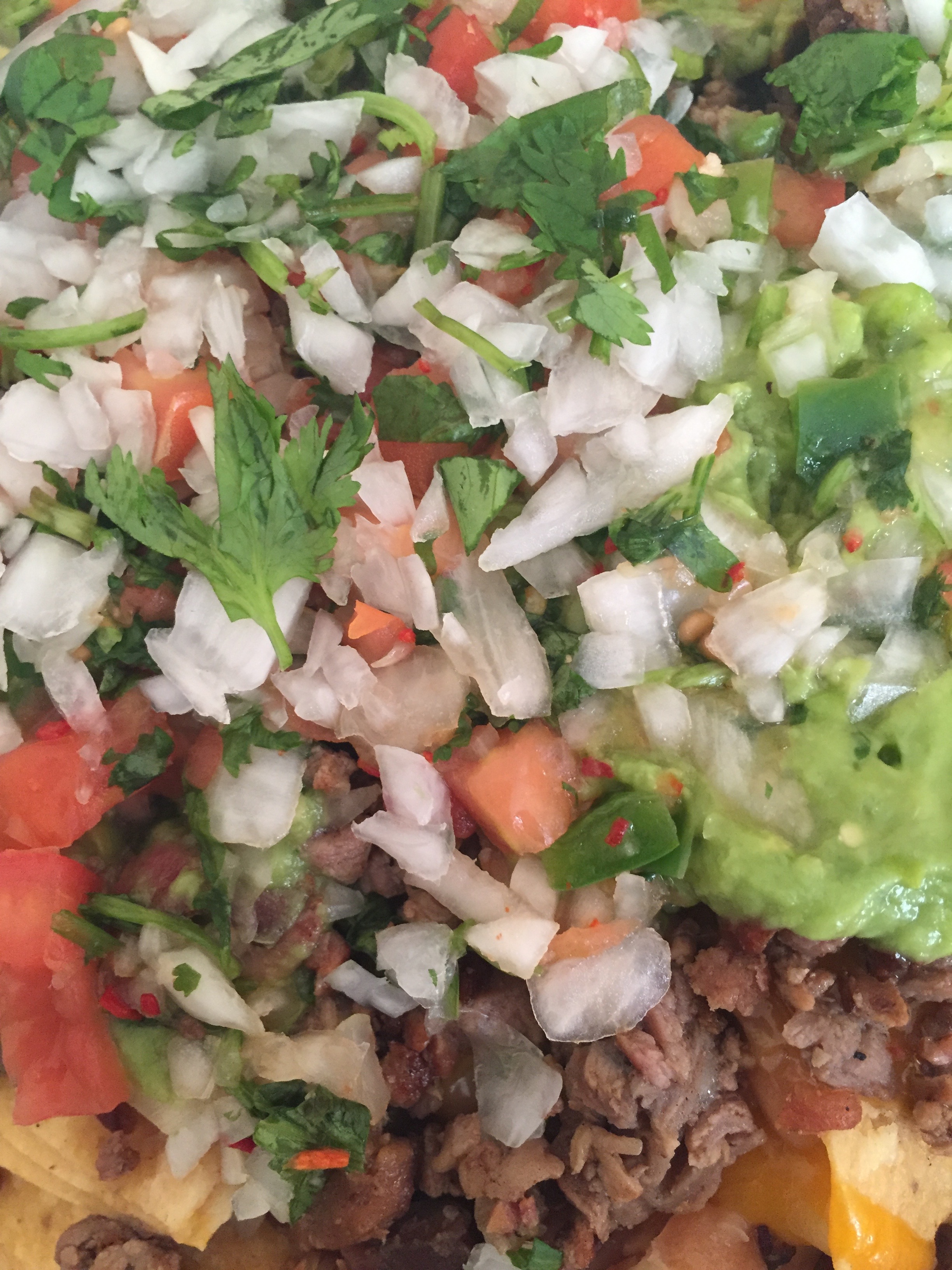 This is a cosmopolitan city so I don’t need to mention that you can find multiple versions of basically whatever you want. There are too many food places to name so I’ll list my recommendations based on my obsessions for chocolate, burgers, and Mexican food. 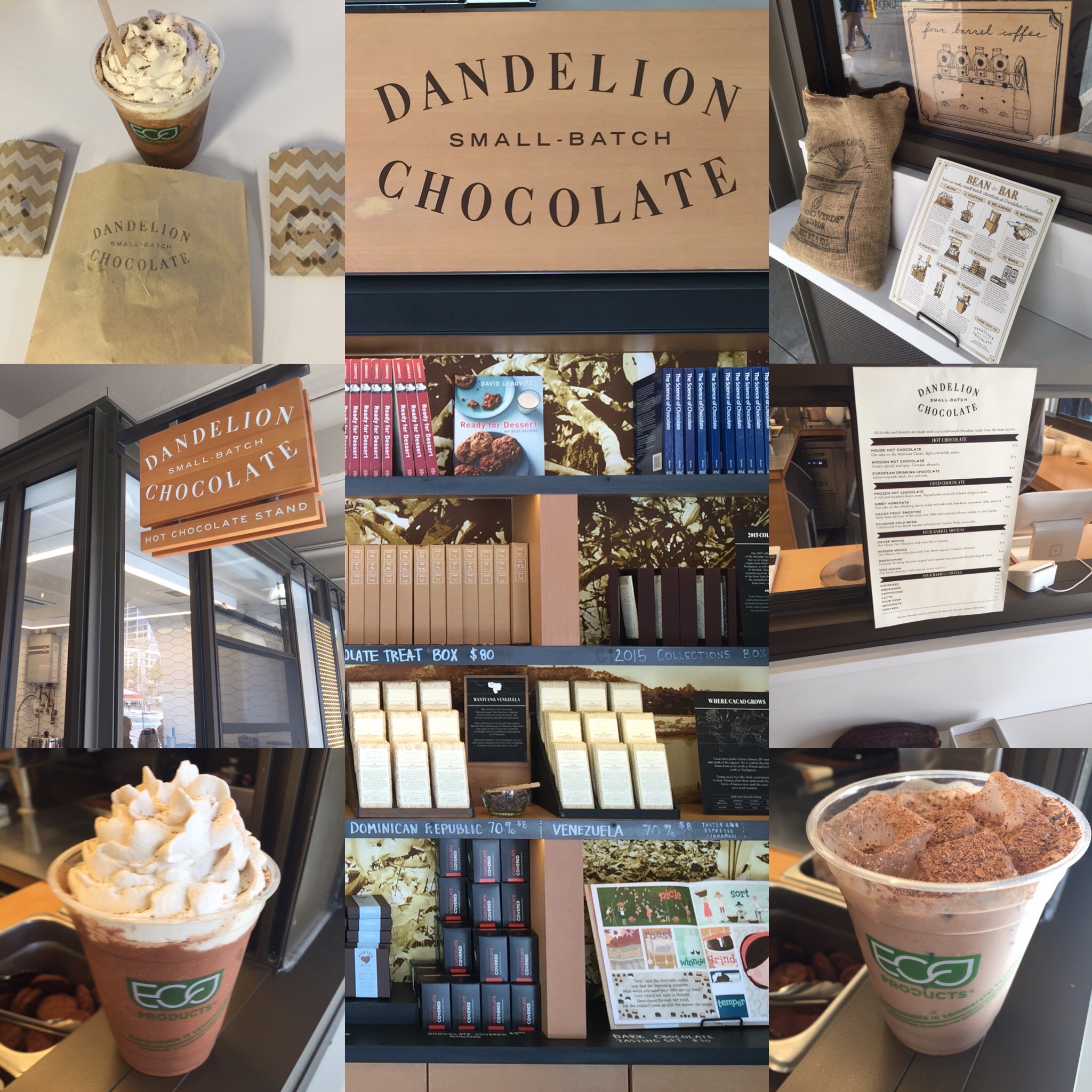 The Dandelion Chocolate kiosk at the Ferry Building is one of my favorites. The city is also home to multiple Ghirardelli store locations and See’s Candies stores sprinkled throughout. 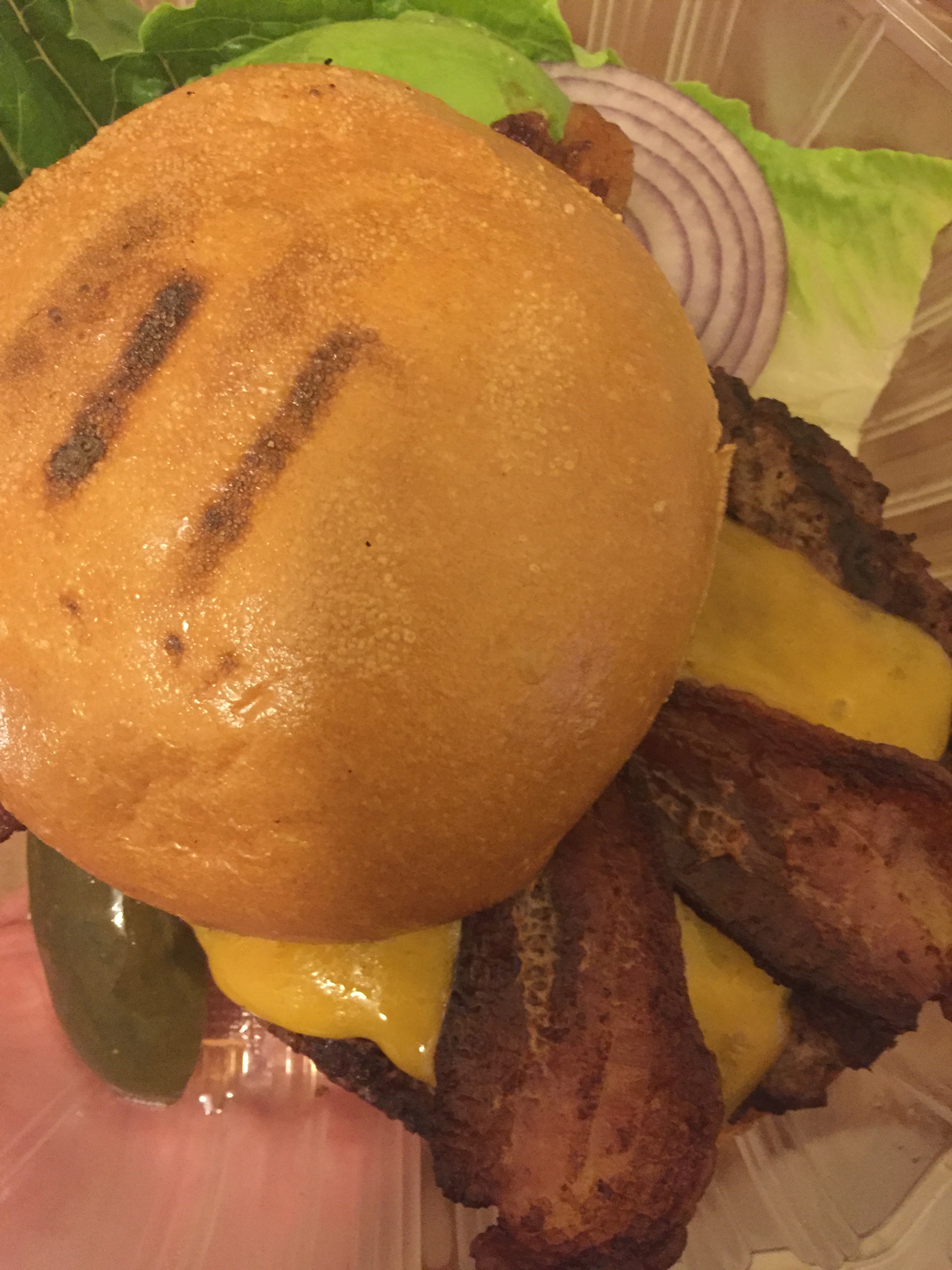 The image of nachos at the top of this category is from Taqueria Zorro in North Beach. The place is pricey but worth it. Prepare to stand in a semi-long line late on Friday and Saturday nights after barhoppers and club-goers stumble in to satisfy their drunken hunger.

Imagine a city bordered by water on three sides (piers, boat activities, etc.), on the coast (beaches and scenic coastal road trips), in California (geographic diversity), a couple of hours from the state capital by car, a few hours from the Sierra Nevada mountains (skiing) by car, a mini road trip or hour-and-a-half plane ride from both Las Vegas and Los Angeles (weekend getaways), and located in the Silicon Valley (technology, innovation, jobs). It comes as no surprise that a city with such a location is surrounded by countless institutions of higher education developing the next generation of local and world leaders. These include world renowned universities such as UC Berkeley and Stanford along with numerous colleges and universities both in the city and the surrounding Bay Area. Are you still surprised that this is one of the least affordable cities in the country?

Every major city takes pride in its rich history, architecture, and famous people. The history of San Francisco in particular is fascinating due to the variety of forces that shaped the city into what it is today. Native Americans, Spanish colonists, the Gold Rush, earthquakes, civil engineering, world wars, civil rights movements, counterculture, and tech booms have all had major influences on the city throughout its history.

I put “History” on this list because I feel spoiled by the famous landmarks I get to see in my daily life, and of course all famous landmarks have stories. I feel guilty that as of this post I still have not visited many of the city’s historical landmarks such as the Castro Theatre, which co-workers from my previous job suggested. Speaking of theatre, I often brag about living very close to the intersection of this memorable 'Mrs. Doubtfire' scene (video). I’m still sad about Robin Williams. 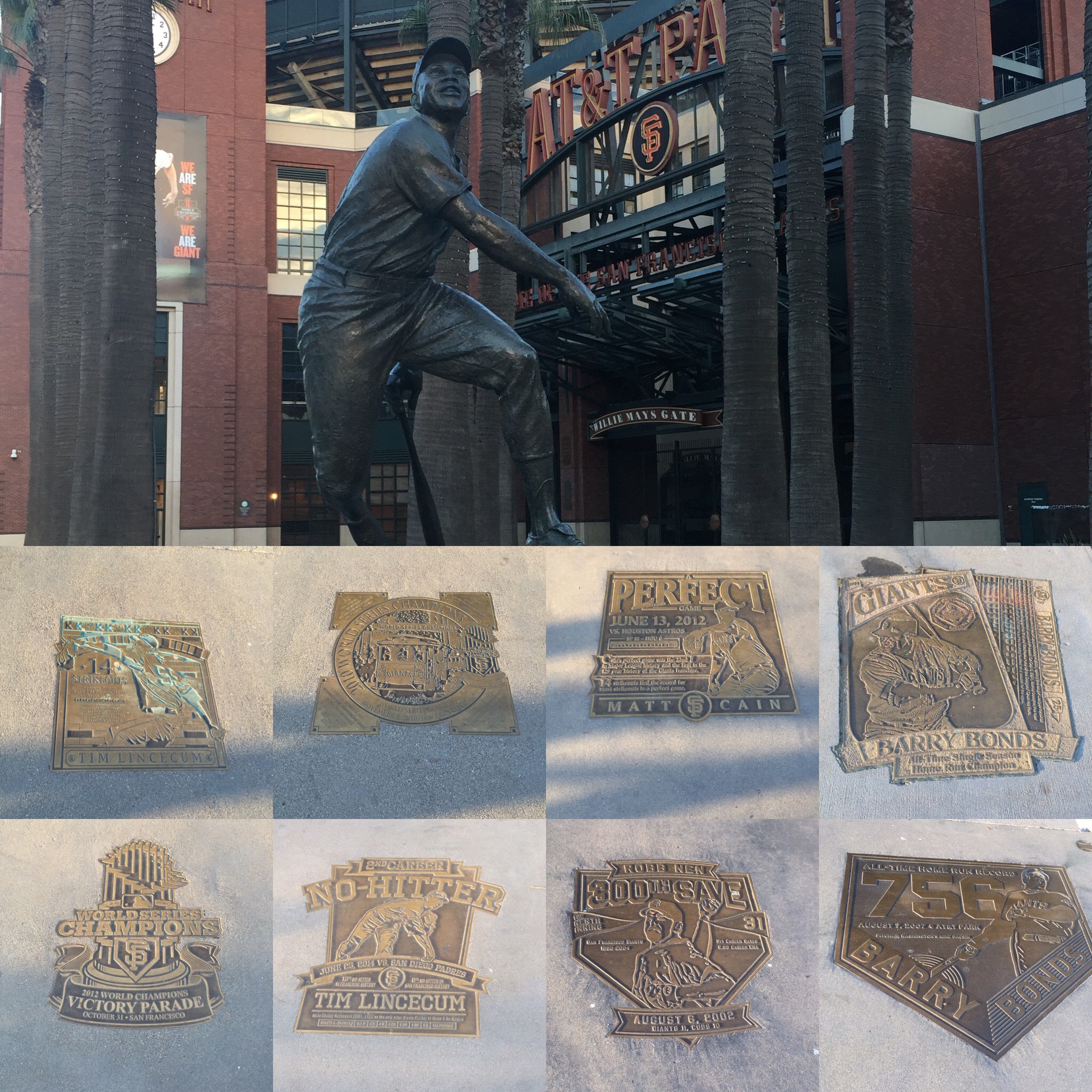 San Francisco is home to my favorite baseball team and arguably the best stadium in the sport. Being a 90s kid in NorCal I watched plenty of Barry Bonds and fell in love with his seemingly effortless style of dominant play in basically every facet of the game. His ability to hit home runs, steal bases, and win Gold Gloves is the reason I’m a Giants fan. Back then I could only dream of the fun I later experienced watching the Giants win three World Series championships in the span of five seasons and being captivated by a new cast of characters such as Bruce Bochy, Tim Lincecum, Matt Cain, Madison Bumgarner, Buster Posey, Hunter Pence, Sergio Romo and “the Brandons,” just to name a few. They also went into the 2016 All-Star break with the best record in the majors, perhaps because it is an #EvenYear? Or that #WeAreSF and #WeAreGiant?

San Francisco was home to my favorite football team until the end of the 2013 season before that team relocated, but thankfully remained within the same market and kept the city name. Throughout my life they’ve been both plenty good and plenty bad, but always fun to watch and debate about. They also have what is probably the most interesting history of quarterbacks in the sport, so it’s no surprise that the 49ers currently have a battle for starting quarterback heading into the upcoming season.

Then there is the Steph Curry revolution. By regularly breaking records related to his video game-level shooting talent, he is changing the way basketball is fundamentally played. The two-time MVP helped resurrect a team with the league’s longest playoff drought and turn them into NBA champions. “But Raymond, the Warriors are an Oakland team.” That is half correct, but let’s be clear: only people with disdain for San Francisco use the Warriors to divide instead of unite the west and east sides of the Bay Area. They play in Oakland, yes, but truthfully the Golden State Warriors are a San Francisco market team that happens to play in Oakland. For other examples of teams who play or have played in cities different than the market they represent, look at the venue histories of the New England Patriots, Detroit Pistons, Detroit Lions, Cleveland Cavaliers, Los Angeles Clippers, and old Los Angeles Rams, to name a few.

Honorable mention to the 2015-16 San Jose Sharks for surprising everyone by making their first ever Stanley Cup Finals appearance.

As a San Francisco resident you never know if your neighbor or some kid down the street is working on the next Google, Apple, or Facebook. I am a designer who wears all hats but focuses on the design fields related to user experience (e.g. UI, UX, IxD). I wouldn’t be here if not for the tech industry. If you design, code, market, or possess business skills, this is the place to be. Designers, developers, and business people are in high demand, whether it’s from major tech corporations or those geeks in a garage building the next great tech behemoth. As mentioned above in “6. Location, location, location.,” the city’s proximity to two of the best universities in the world along with many of its own schools brings annual waves of great minds into the bubble.

I get around by foot. It is my preferred mode of transportation. The commute for my previous job, grocery store, Ferry Building, Pier 7, Pier 39, and Coit Tower are all within 20-minute walks. The clear skies combined with cool breeze is perfect walking weather. I will walk anywhere in the city if I can get there safely and in a reasonable amount of time. In previous cities I lived I needed to force myself out of the house. In San Francisco I make up excuses to get out so I can just enjoy walking for what it is. And the main reason why exploring this city by foot is so special is because of the... 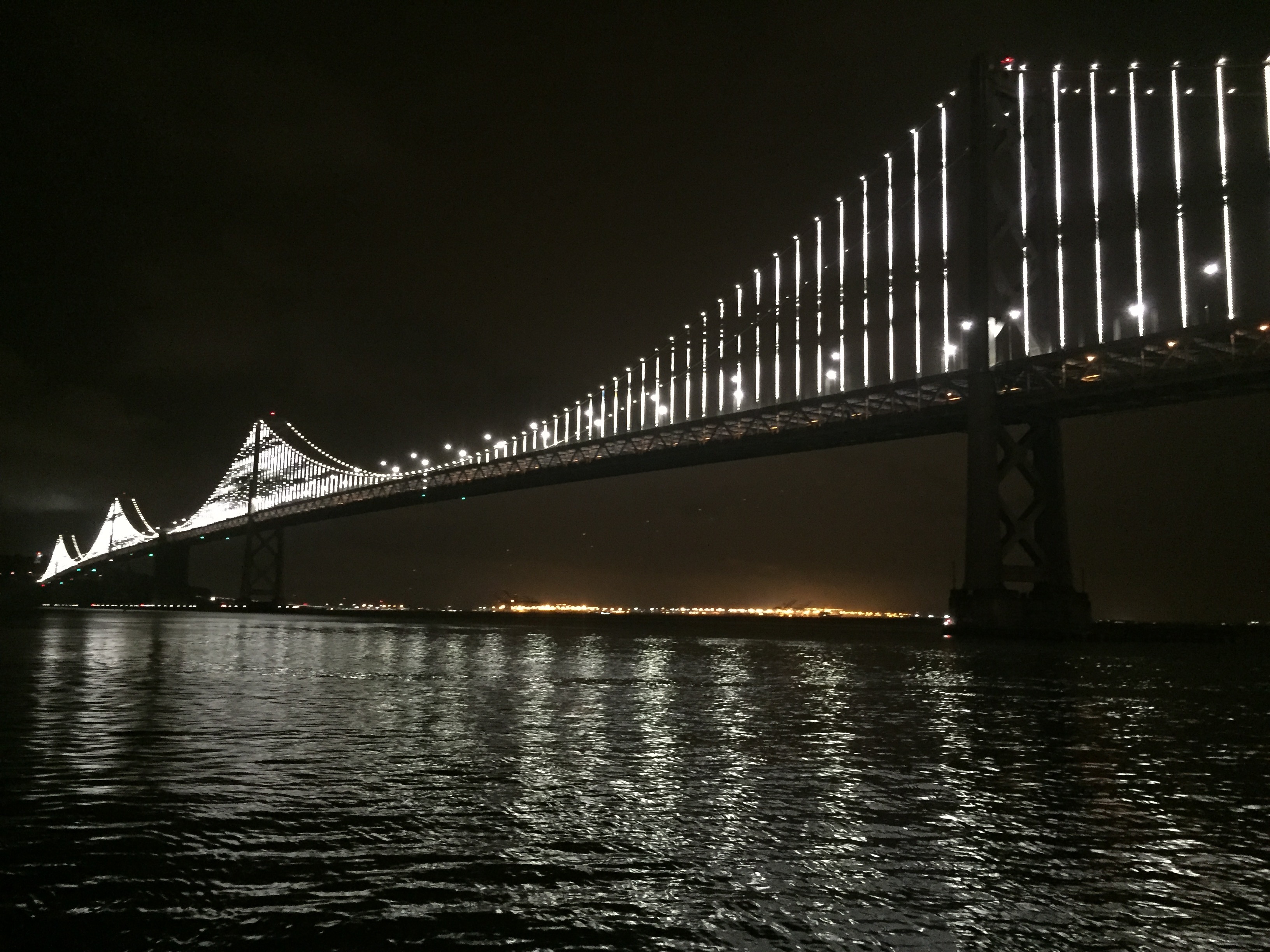 This city’s breathtaking views and hiking spots take walking to another level. I say “spots” because in this case I am not limiting hiking to designated hiking trails and the city’s many parks; I am referring to the fact that the city itself makes for one giant super-hike.

This post is long enough, so my only final thought is that it should surprise no one that this city makes its way onto almost every “top city” ranking list. While my future in “The City” is uncertain, I am glad to have experienced what I have and I look forward to the rest of my future here.